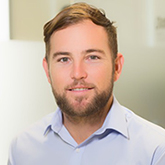 Originally based in Adelaide, and then later Northern Territory, Brad has amassed a variety of skills within domestic and commercial project management, landscape design and construction, OH&S training, and site management that makes him an incredible asset to the Danihers team and his role as the Development Manager.

Brad joined Danihers Facility Management in January 2015 as a Facilities Manager at Our Lady of the Sacred Heart College in Bentleigh before going on to complete 6 months at Catholic College Bendigo in order to administer full scale facility management for both campuses.

After assisting Catholic College Bendigo in implementing their facility management program, Brad returned to Melbourne to take up the position of Facility Services Manager, overseeing the facility services and maintenance company wide.

Recently, Brad and his family relocated to Adelaide and he is now Danihers SA and NT Development Manager. He will be concentrating on developing successful relationships in SA and the NT, and nurturing all our clients.

Away from work, Brad is a keen sportsman who has enjoyed success playing Australian Rules Football at a national level with clubs in South Australia and the Northern Territory