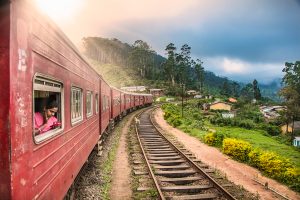 Issath came out on the boat in 2009, and he is originally from Sri Lanka. He managed to get to Malaysia safely, although his journey from there onward was challenging.

Unfortunately, when he left Malaysia on the boat heading to Christmas Island there was an accident and the boat landed in Indonesia, where he was put in jail for four months. He managed to escape from the jail and a smuggler got him on a boat for the second attempt to get to Christmas island.

This boat was very small, the trip was 14 days from Indonesia to Christmas Island. There was 53 people on the boat and conditions were tough and dangerous, travelling through terrible weather and not knowing where he will end up. Issath’s seat on the boat was very expensive, with no guarantee that he will make it to Australia.

Issath finally made it to Christmas Island, he stayed there for approximately one and a half years. His next stop was Queensland Detention Centre where he spent one year. Adelaide, Port Augusta Immigration resident house was his next destination for another year.

In 2012, he arrived in Melbourne, Broadmeadows Mita Detention where he spent two years and then he finally obtained the Visa in 2014 and was released.

He spent approximately five and a half years in detention centres where he encountered many obstacles and hardship.

Camp life was hard and stressful, on average he would only sleep two to three hours per night, and the anxiety of not knowing when and if he would ever get out, would create constant worry.

He saw many awful things in the camp, suicide and attempts of suicide, which stay with you forever. Issath has moved on since then and he is trying hard to make his living in Australia fun, he is grateful for another chance at life.

Issath has been working hard towards saving for a trip back home to see his mum for the first time in 12 years this Christmas. He will see his entire family, three brothers, two sisters-in-law and two nephews. This trip will be a trip of a life time.

Issath has worked himself up to a head cleaner operator role at a Catholic Secondary College in western suburbs and he is loved by all the staff. This job has given him the opportunity to save towards this trip and he feels that Danihers have given him an opportunity for his dream to come true and to see his mum again. He is unable to return to Sri Lanka for safety reasons and if he is caught there, he won’t be able to return to Australia, which is his home now. For this reason, he is meeting his family in another country and he looks forward to a trip of his lifetime!